The most successful Bodybuilder in the Netherlands. She has been a member of the NBBF / IFBB since 1982 and a board member since 2000. Juliette is Dutch champion, am. European and World Champion, Pro World Champion ladies and couples with Tony Pearson and in possession of 3 lightweight Ms. Olympia and an Ms. Olympia Overall title. She is included in the IFBB Hall of Fame, Master in Bodybuilding & Fitness Methods, received the Ben Weider award, National, International and Pro-jury member, EBFF Chairwoman Fitness committee and IFBB executive council member, see info on:  www.juliettemsolympia.com

Annemarie Frieman grew up behind the scenes of (international) bodybuilding, between athletes and officials and the preparations in the gym. She is now active for the NBBF on the board and, in addition to her position as a board member, she is responsible for the statistics and scoring of most matches. 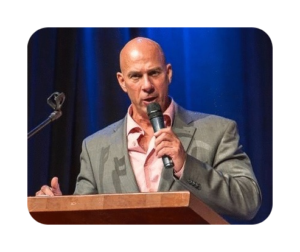 Harry started bodybuilding in 1980 and ran from ’84 to ’91 for the N.B.B.F. and achieved some titles and good rankings therein. From 1992 to 2017 he was editor-in-chief of  ‘Muscle and Fitness’. He was also editor-in-chief of ‘Flex’ magazine and ‘Physique’ and he wrote countless articles about bodybuilding and related topics. Harry has been presenting competitions since 1990, but has been doing so less frequently lately. He also acts as a jury member or main jury at many competitions. Since 2011, Harry has been organizing the largest power sports show in the Benelux every year in December: the S.A.P. Weekend. Bodybuilding competitions are an important part of the ‘SAP Cup’. De Jonge also guides hundreds of athletes every year, including dozens of competition athletes through his ‘Flex Challenge’. 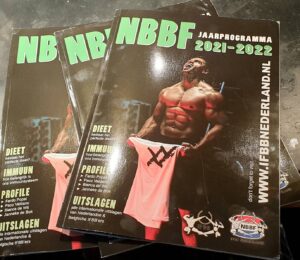 As a registered ‘Certified Coach’ you have free access to all contests and tournaments organized by the NBBF federation.